The world-famous band needed help orchestrating a Facebook fan takeover and redesigning their website in time for the launch of their new record, "Spirit." 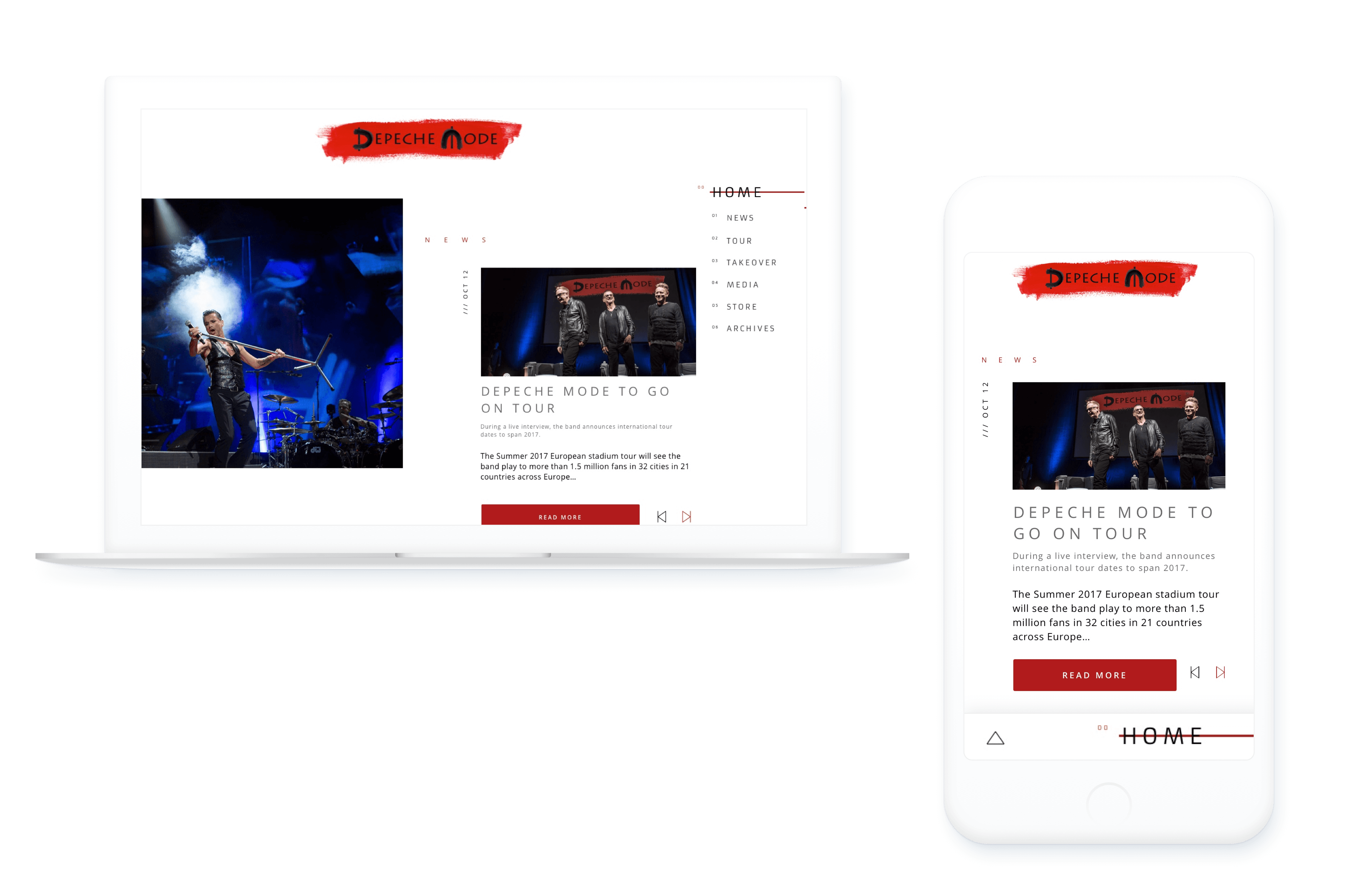 Depeche Mode, a pillar of electronic music since the 80's, was set to announce their 14th record and accompanying world tour in early 2017. The band wanted to find a way to engage and honor their "Devotees" and the idea came up to let fans take over Depeche Mode's Facebook for one entire year. Each day, a new fan could tell their unique story or favorite band memory as a way to further connect the band and their following.

Alongside relaunching their website, my company, Boss Sauce Creative, was brought on to orchestrate the behind-the-scenes technicalities that came with a fan-engagement piece of this size as well as reignite the band's online presence alongside several exciting Depeche Mode announcements. 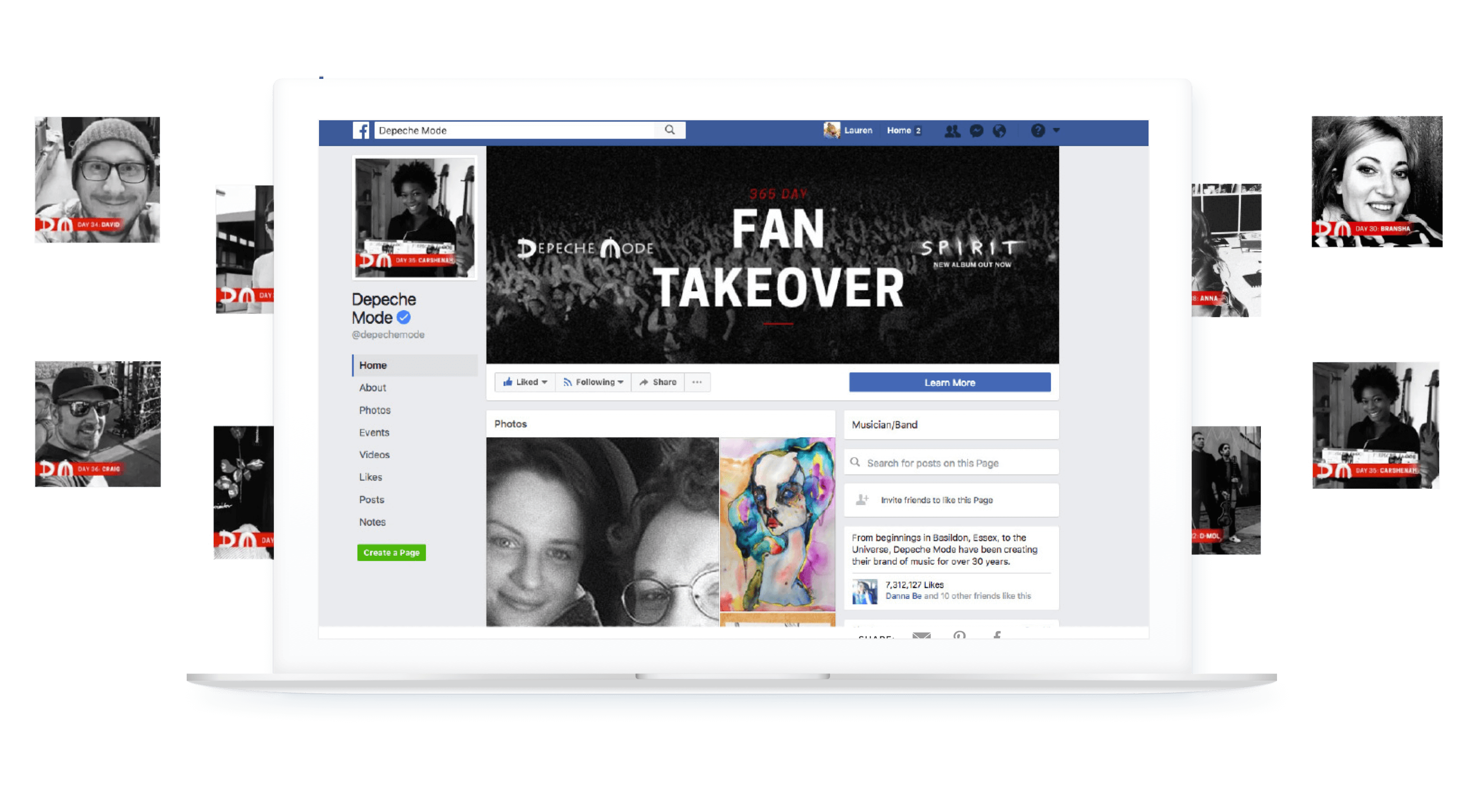 An open-call to their Facebook fans to submit content and earn the key to the kingdom (AKA takeover the band's facebook page) was an extremely exciting but seemingly tedious task. Due to the enormity of Depeche Mode's fan-base, we knew it was not a job for mere mortals.

Rather than individually scanning thousands of emails to secure the right fans for the job, we designed a custom CMS to automate and manage the entire process end-to-end.

As far as the website went, the Fan Takeover was integrated through a calendar system, allowing fans to come and see who was coming up as well as apply to be a part of the takeover themselves. Before announcing the Fan Takeover though, we knew there would be a lot more work than just creating a custom calendar tool.

We had to consider several users when creating our automation tool:

+ The team facilitating the day-to-day takeover: How could we make a tool that made the selection, planning and posting process easier and safer?

+ The fans: What's the easiest way to apply? And if they're accepted, how can we set them up for a successful takeover day?

+ The band - our tool needed to not only bring the best fans forward to contribute great content, but they also needed to know their page was safe from trolls, hate speech and that the takeover would reflect well on them.

On the contributor side, our software was even able to convert their daily contents and parse their media into a Facebook post that would automatically be scheduled for future publishing on Depeche Mode's page. I was responsible for aiding in the UX thinking behind the takeover process and the consumer-facing inputs and responses. 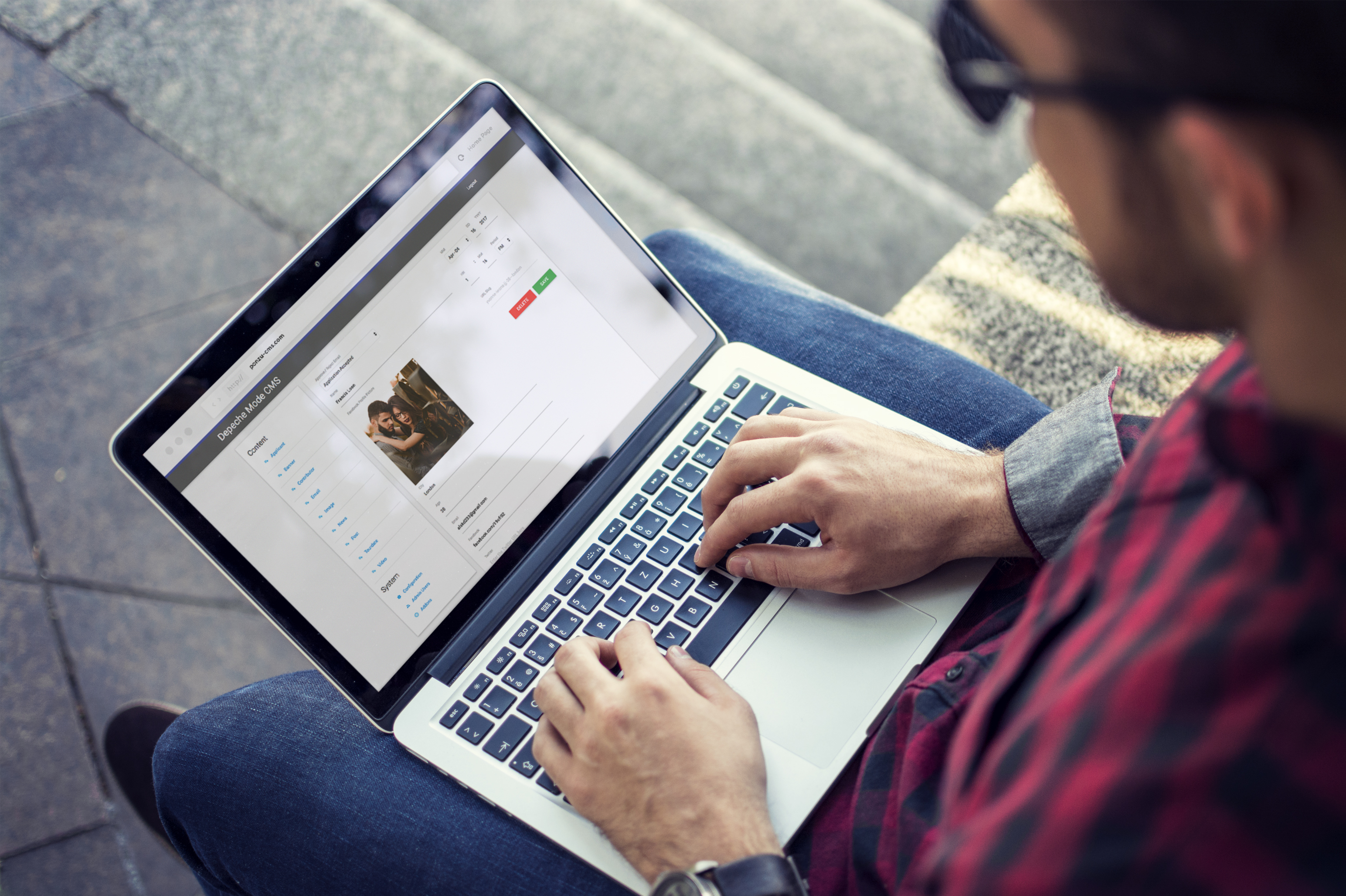 After receiving thousands of takeover applications from "Devotees" all over the world, the band was easily able to filter through and select their favorite fan entries. Their Facebook page saw a 26.4% increase in engaged users and a 74.4% increase in unpaid reach. Additionally, they were able to compile gigabytes of new shared memories, moments and memorabilia throughout their  30+ year career.  The takeover proved to be a rare glimpse into the lives and connections of fans that Depeche Mode may have otherwise never seen. 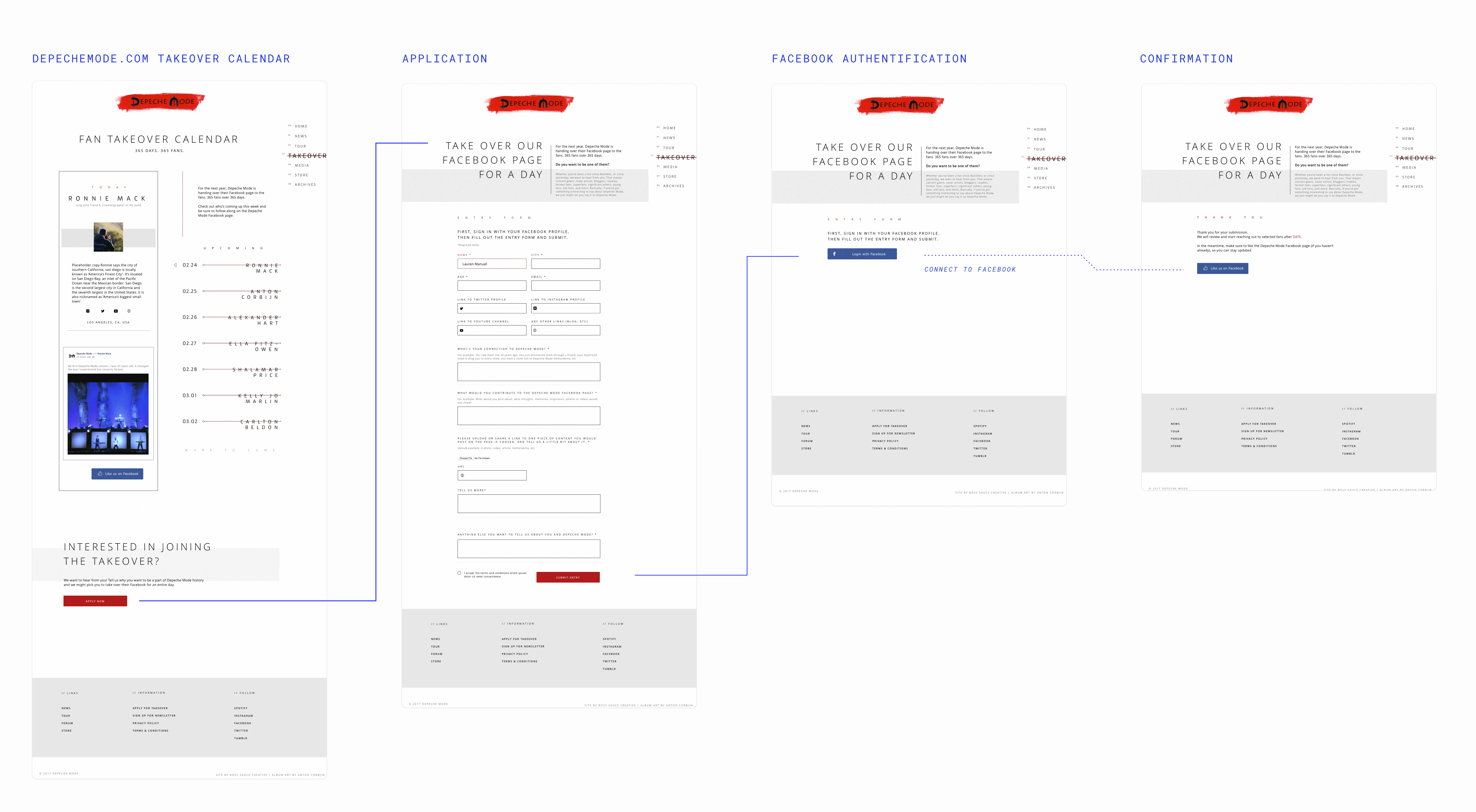 In tandem to the takeover, I also designed the new modern responsive website for Depeche Mode that would announce their latest album and tour, "Spirit".

Every time the band launches a new album, they also release a new logo and so alongside it, comes a new aesthetic. The album's logo and photography on the site were created by the band's long-time friend and photographer, Anton Corbijn. With the logo being so bold and carrying a heavy weight, I aimed to maintain the industrial aesthetic but with an air of freshness to the site that wouldn't compete with the branding.

The band is known for their avant-garde style and so I was challenged to find something that felt new but still intrinsically true to the band. Features of the website included a livestream to the album announcement, news and media gallery, the fan takeover calendar and application process, tour dates, and even a countdown to the next concert in local time. Known for their industrial and ultra-clean style, Depeche Mode's website style matched their traditionally minimal meets unpredictable style. Everything on the site is purposefully a bit unconventional to fit into that mindset. 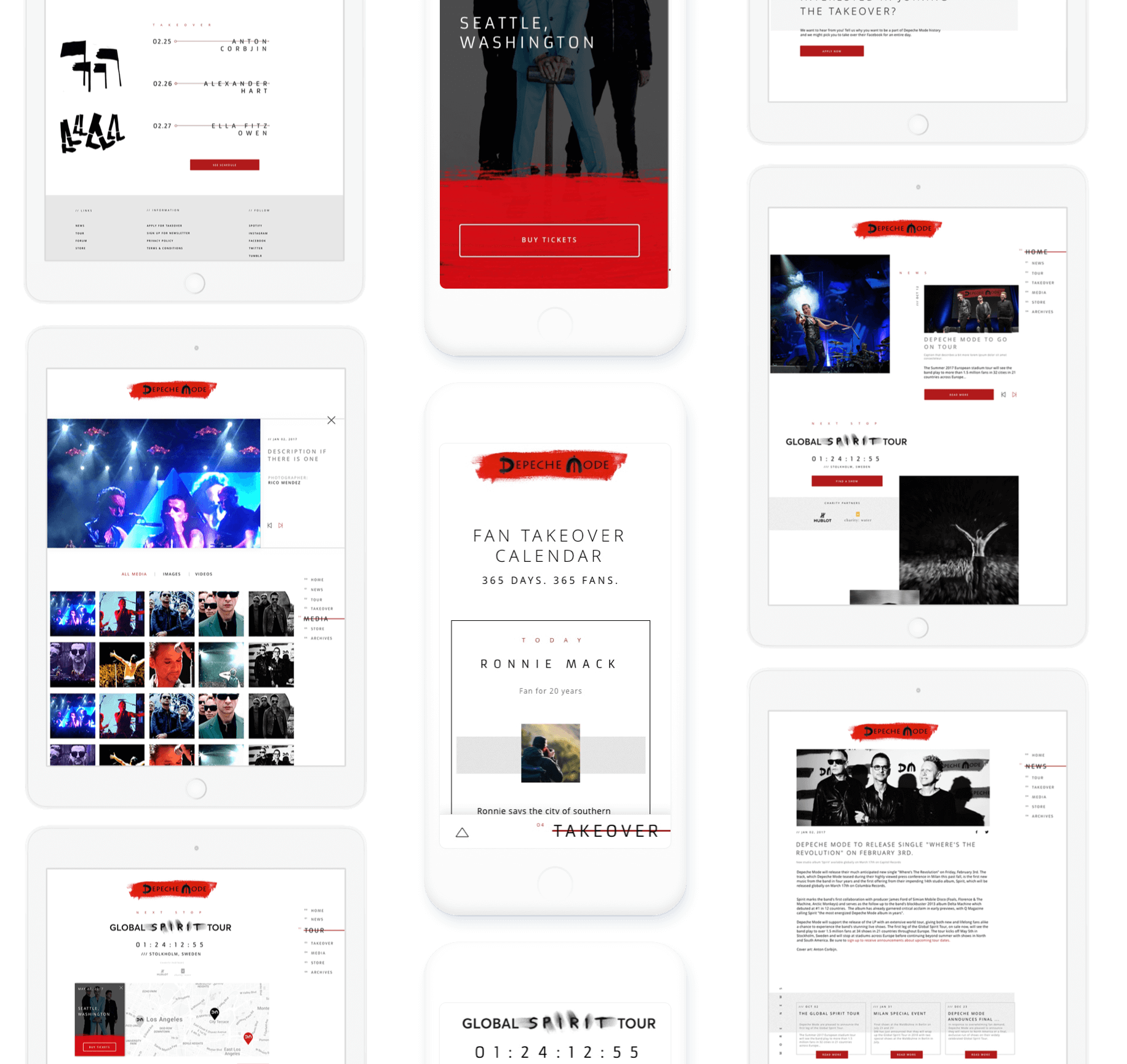 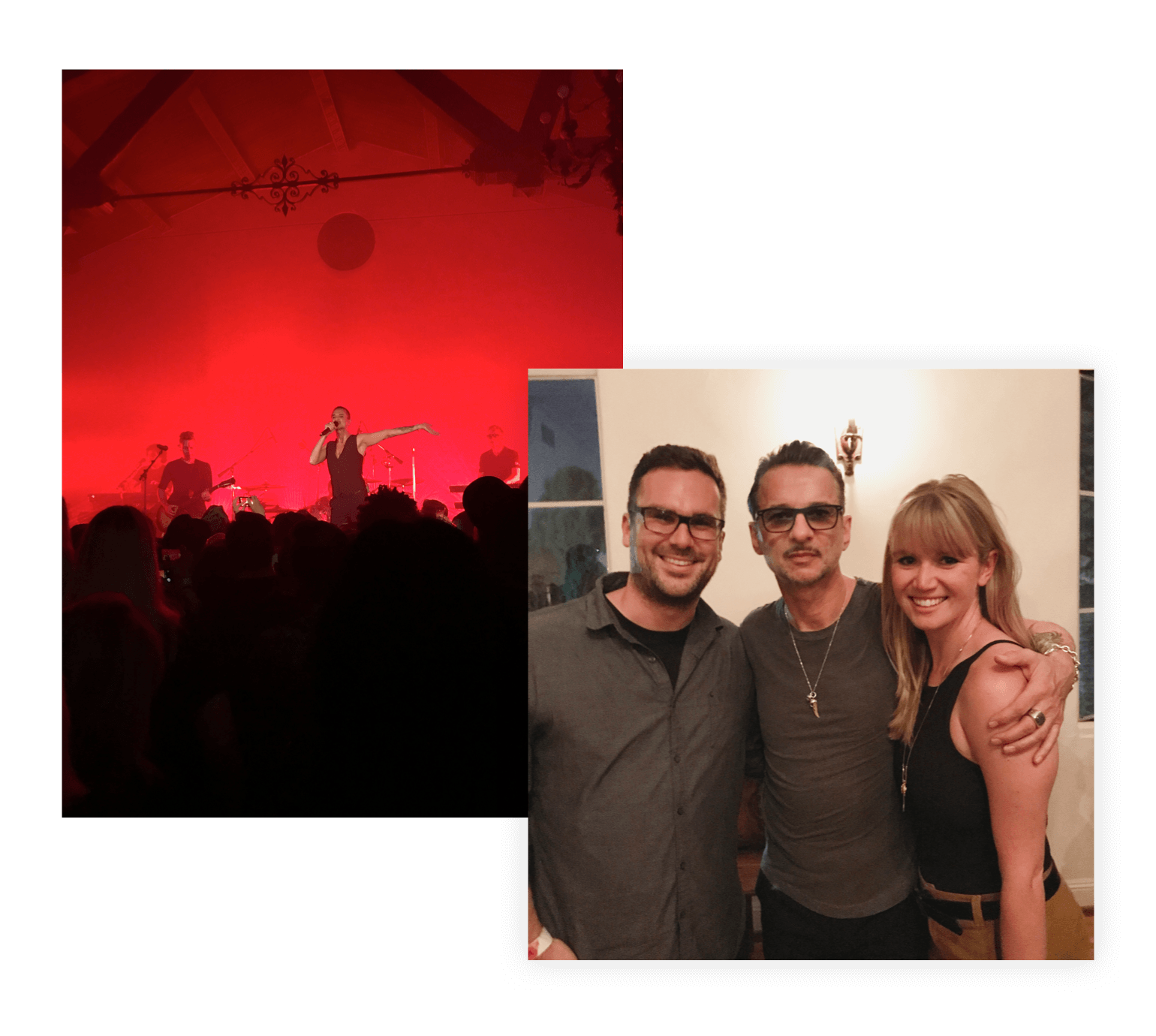 And Yes, We got to meet the band 🤫
← PREV CASE
NEXT CASE →
©2018 Lauren Manuel
Made by me, fueled by ice cream, at
Boss Sauce Creative, LLC