An improved customer support experience through an ambassador lead system that puts the gamers in charge. 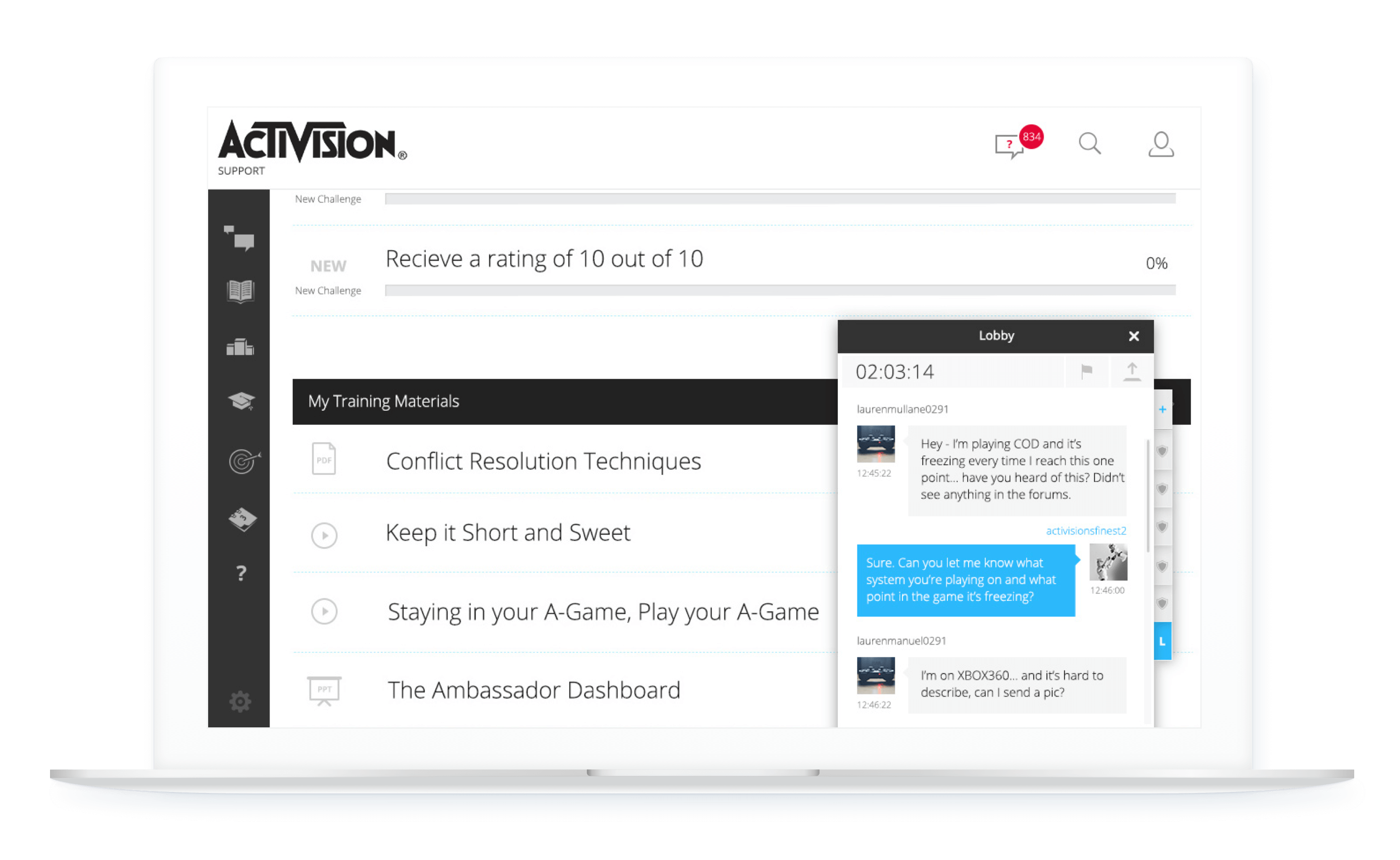 As a top US publisher with popular games such as the Call of Duty franchise, you could say Activision has quite a few customers. With every game launch, the company was running into the same problem over and over again: slammed customer support agents and increasingly unhappy customers. Activision's support queue was in need of an overhaul that would better serve their customers in a more efficient and intelligent way. Their audience required support agents who were quick to respond, understood their product line and knew all of the tedious ins-and-outs of even their most advanced gaming situations - they needed gamers. 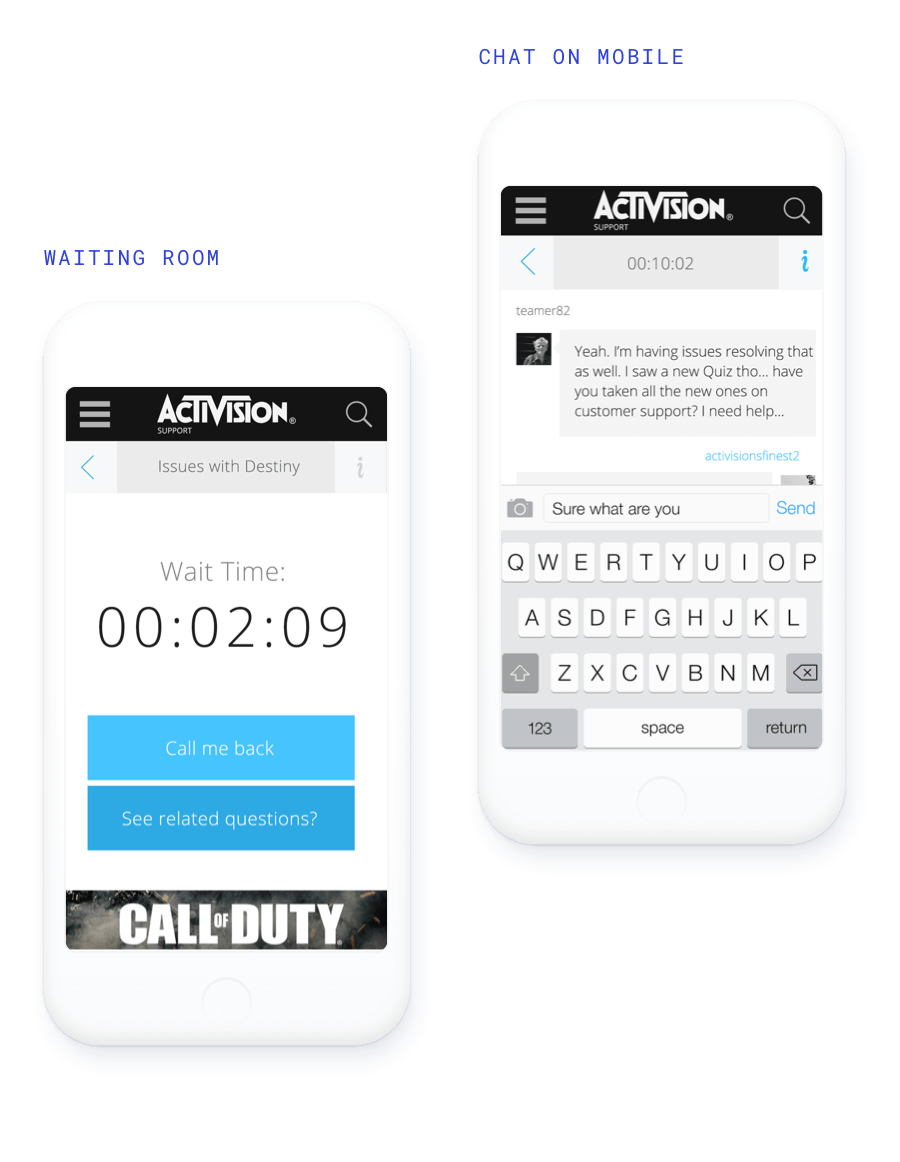 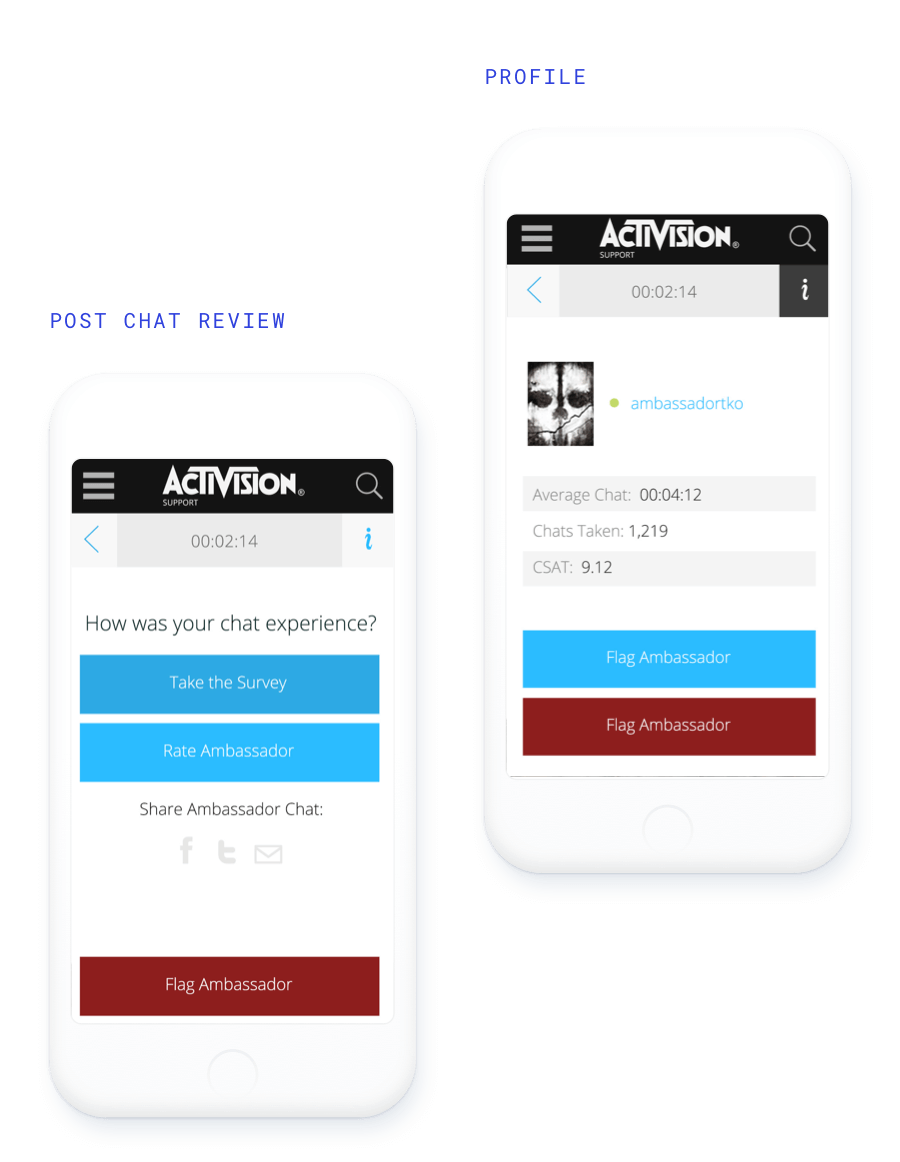 At a loss of how to better their situation, Activision pointed out their pain points and looked to our team to suggest a complete overhaul.

First, we suggested leveraging their extremely active forums and finding a way to reward those who were particularly helpful within the community. From there, we would establish a system to promote their best gamers to become ambassadors for the company in an official customer support system capacity. We would also add a social layer on top of the support infrastructure so that Activision Ambassadors can gather, collaborate, and support one another. 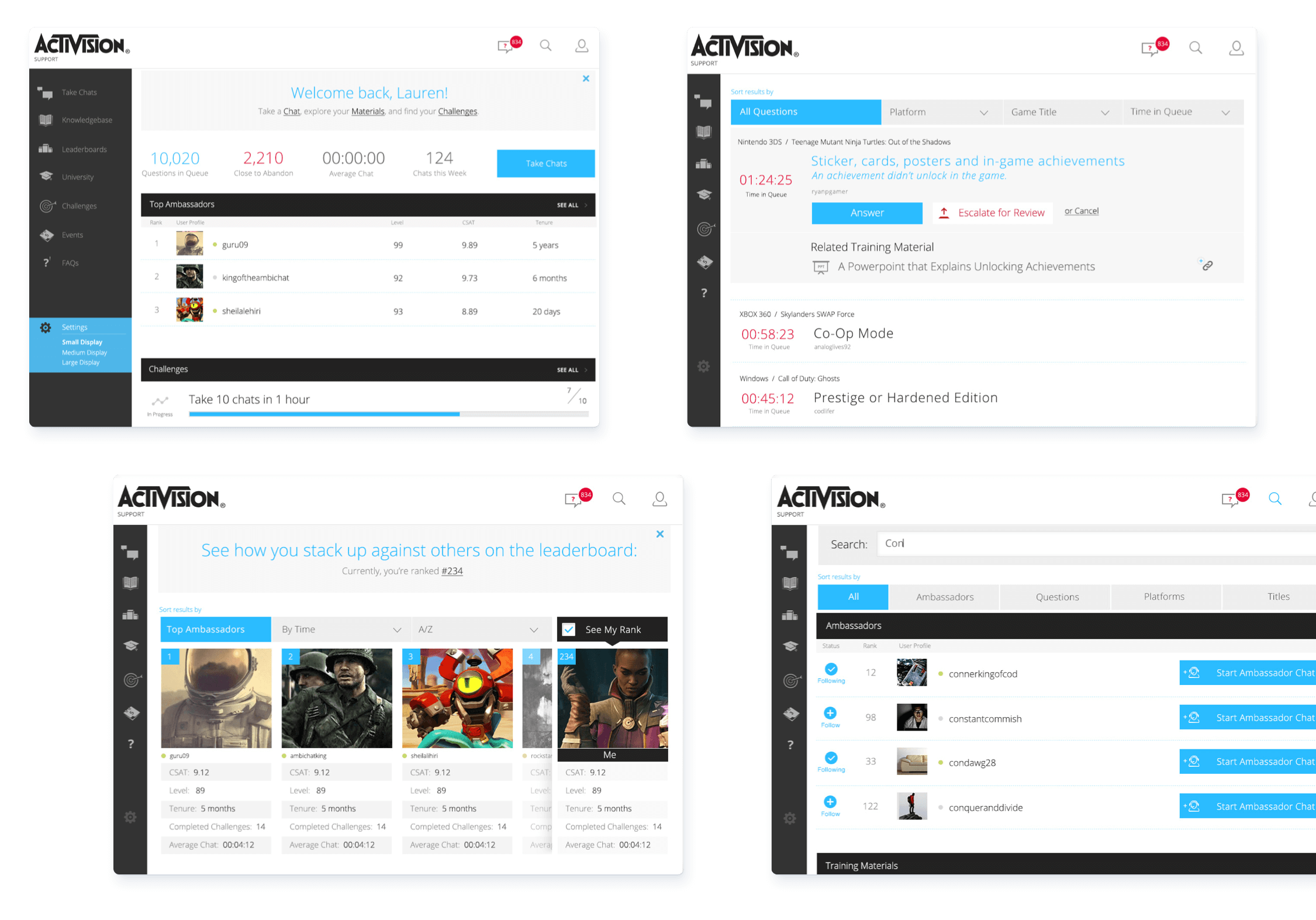 from their dashboards, ambassadors are given all the tools necessary to succeed in the program
Behind the Idea

I helped conduct an exhaustive audit and competitive analysis before deciding on the final approach. One important finding was that ever-changing landscape of the games and the multitude of devices they could be played on were a leading factor of low satisfaction rates. Quite often, gamers were becoming agrivated at the support level and would instead look to other gamers for the right solution.

Creating a platform that promoted customers to ambassadors was the idea that not only most efficiently helped other gamers, but also met Activision's additional business goal of reducing the operational costs.

My task was to create a robust dashboard for the ambassador side of the process. The user flow was tediously thought out in order to ensure ambassadors obtained the right tools for success, while customers received the best support possible. 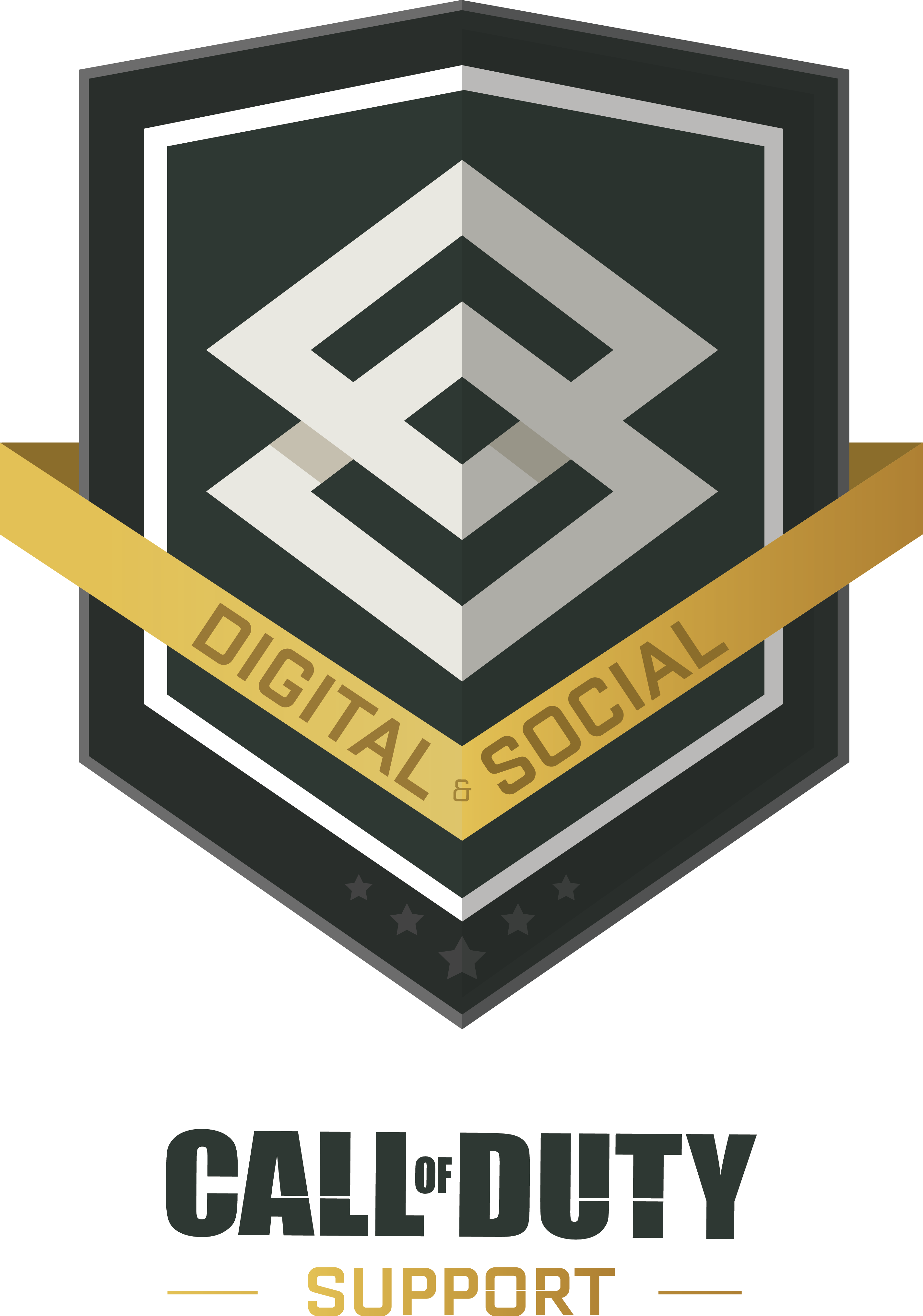 The more ambassadors engaged and achieved, the more they were rewarded. Rewards could be tangibly seen through merit-earned badges that I designed as well as team emblems that ambassadors could wear on swag. They would also be appreciated through leaderboard rankings and special call-outs throughout the Ambassador dashboard that recognized high achievers. 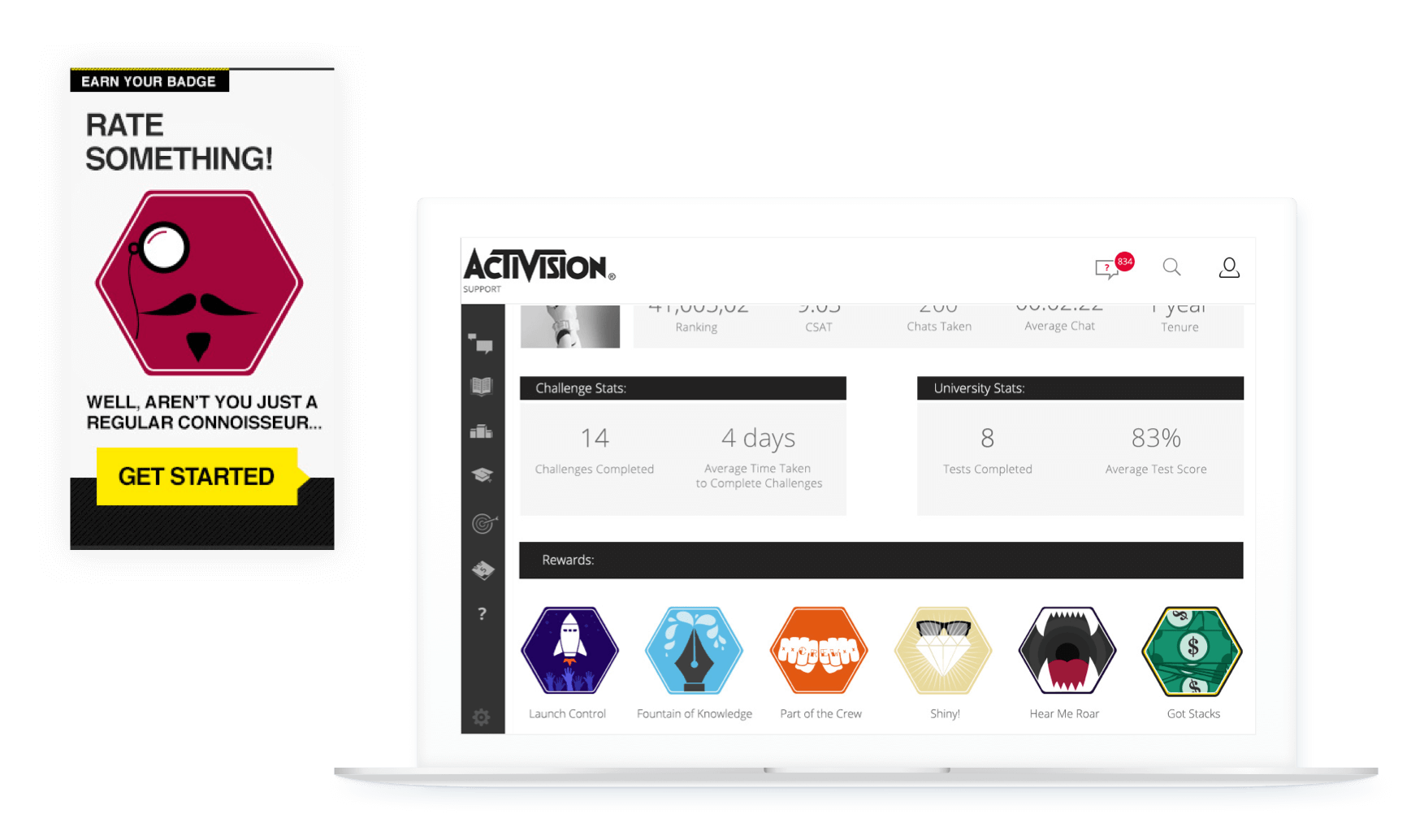 After our product launch, 84% of users reported their experience as positive 👍

The resulting product gave Activision an exclusive program thats membership is highly sought-after and gives Ambassadors an intuitive dashboard that provides the means to succeed. Tools we designed included that of a customer help queue, a university with training materials, quizzes to test their knowledge, challenges to complete, and even a leaderboard to incentivize ambassadors. A custom chat module was also designed specifically to help facilitate ambassador-to-customer chats and ambassador-to-ambassador chatting.

Learn more about the Activision Ambassador program 👈
← PREV CASE
NEXT CASE →
©2018 Lauren Manuel
Made by me, fueled by ice cream, at
Boss Sauce Creative, LLC